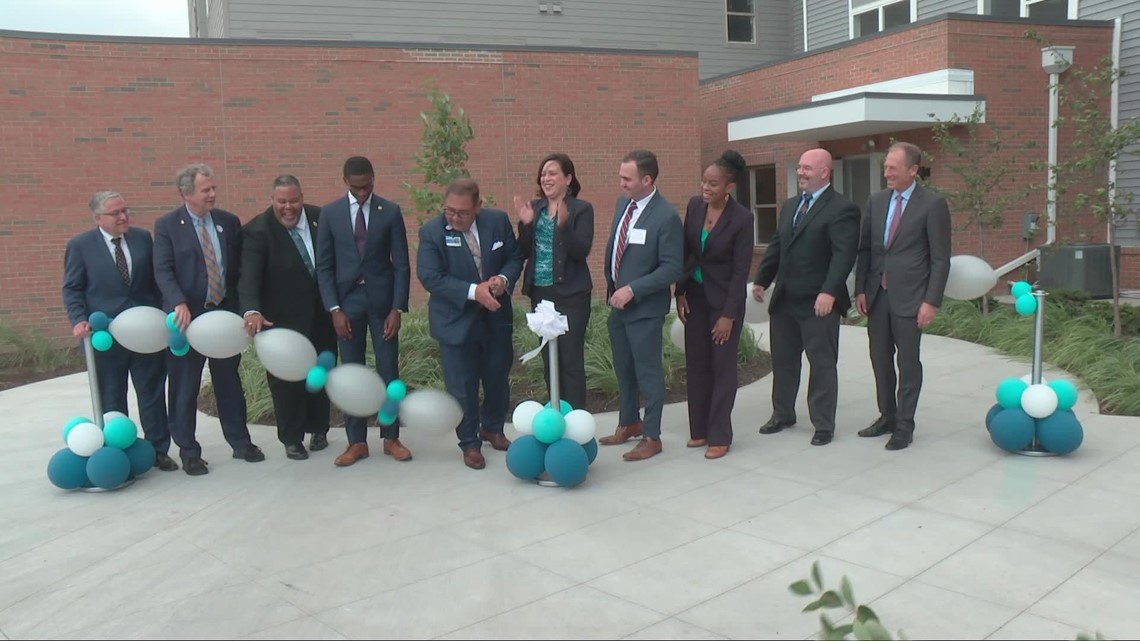 The Vía Sana affordable housing project will bring 72 mixed-use apartments to the area jointly developed by The MetroHealth System and The NRP Group.

CLEVELAND — Affordable housing in the Clark-Fulton neighborhood of Cleveland finally got closer to a reality as the ribbon was cut at a ceremony on Monday attended by Mayor Justin Bibb, U.S. Senator Sherrod Brown and others.

The Vía Sana Affordable Housing Project will bring 72 mixed-use apartments to the Clark-Fulton neighborhood jointly developed by The MetroHealth System and The NRP Group.

Senator Brown was among those who spoke at the groundbreaking ceremony for the new housing slated to open in the Cleveland area.

“MetroHealth understands that health does not stop at the hospital walls. It’s about so much more than going to the doctor, including the stability and dignity of having a roof over your head,” Brown said. “This project means families will be healthier and better able to live their lives to the fullest. I am proud to have worked closely with MetroHealth over the years to support our city and to fight for the federal investments that make projects like this work.

Councilwoman Jasmin Santana, who represents the neighborhood, said it’s critical to Clark-Fulton that quality housing is available for a variety of people with varying incomes.

The Vía Sana Affordable Housing Project is still accepting applications from interested people. Applications can be completed at https://www.viasanaapts.com/

The first moves should take place in September of this year.

Neighborhood concern over development on 1700th and Kochs Lane

In Stamford, how the fate of the Glenbrook Community Center sparked a neighborhood…