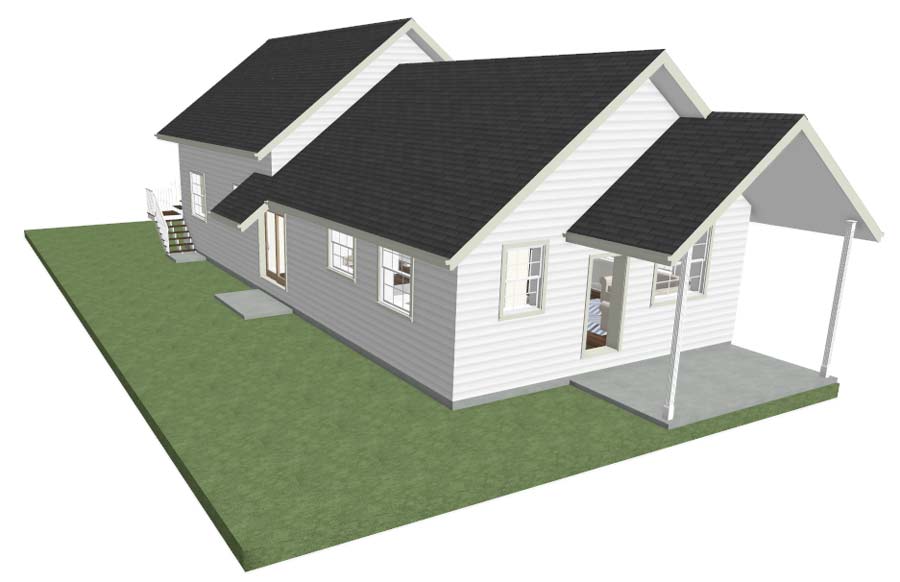 CLARIFICATION: An earlier version of this story said it was an affordable housing development. The term “affordable” was intended to explain the designer’s idea that this was low cost housing, not low rental housing. After further explanation from the designer, we have since learned that the project will be based on current market prices. We apologize for the confusion.

IDAHO FALLS – A 2.75 acre parcel of land along Woodruff Avenue in Idaho Falls may soon be the site of an affordable housing development.

For several years, Josh Ruby, originally from Rexburg, has worked to build a planned community that bypasses the traditional road-buying route.

His original proposal included 12 1,300 square foot homes on a 2 acre parcel inside the Old Farm Estates subdivision of Sugar City with an option to add amenities, such as an indoor pickleball court, carpentry, a gym, rooms and pool / spa. /sauna.

The idea was to create a sense of community and save money for the owner by allowing him to invest in the project and design and build the houses themselves rather than hiring a third party.

The project was in its early stages in April 2020 but it never seemed to gain momentum.

Recently, Ruby identified a ground directly behind Winco that he said would be a perfect fit for a modified version of his idea.

In a conversation with EastIdahoNews.com, he explained several reasons why the property is ideal for his project.

“It borders an open space that will never be developed because it is owned by a utility company, so we’ll always have a soccer field next to us… to add green space,” Ruby explains.

He also likes that the city walking trail passes right past the property and is in an uncomfortable location.

“It reduces the value of the land,” he says. “If this was a more prominent location that would be more suitable for a commercial building or a (traditional) residential development, it probably would have already been done. “

The housing project would also include storage rooms and a community building with all the amenities of the first proposal.

“I’m going to design the spec plan and then pre-sell it (before it’s built),” says Ruby.

Ruby meets with investors to determine a market price for her subdivision. While he originally hoped to offer them at a much lower rate, he says the cost will now be based on current market prices.

Although Ruby negotiated with the landowner to buy the property, it never went up for sale. He says it’s unlikely to be sold to someone else, which gives him more time to work on his design.

It is also county-owned and will need to be annexed to the city before Ruby can do anything with it.

Ruby is working on finalizing his digital renderings of the project so that he can present his proposal to the public and get feedback from the community. He tentatively plans a presentation in February.

He would like to innovate on the project this spring, depending on the number of investors and the public interest. Visit Ruby’s website to learn more. You can also contact him by email at [email protected]